In addressing violence against women and its causes and consequences, Karama employs a variety of tools and campaigns to:

These tools boil down to five main areas of work: 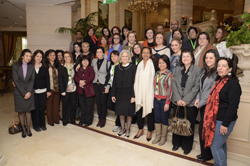 Karama and its partners understand that no reforms or policies will be successfully implemented without first building public support for these laws. Therefore, one of our main goals is to share information, solutions, and stories that are compelling, engaging, and informative in mobilizing community leaders, media, lawyers, teachers, and other key stakeholders to advance women’s rights, fight for their security and protection, and combat negative gender and violence stereotypes that strip women of their freedoms, dignity, and safety.

In addition to national-level advocacy campaigns, Karama and its partners participate at international and regional conferences to exchange knowledge and best practices, inform strategies and approaches to ending violence against women, and foster linkage, connection, and collaboration between women’s rights activists at the national, regional, and international levels. 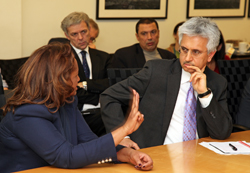 Karama and its partners continue to utilize mechanisms including CEDAW, UN CSW, CRC, UN SCRs 1325 and 1820, and the Beijing Platform for Action to discuss with international policymakers and UN representatives the need to hold national governments accountable for implementing standards and conventions to which they are signatory.

Karama also participates in meetings of parliamentarians and other high-level decision makers from Sweden, Norway, the Netherlands, and the European Union–among others–to inform government budgets and make the case for investment in women in the Arab region. 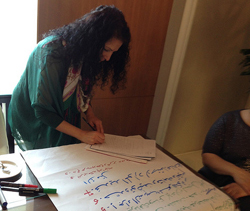 Karama works with partners to build their capacity to implement programs and campaigns effectively, including trainings and seminars on strategic communications, writing of the constitution, research, writing and submission of shadow reports (e.g. CEDAW), and other areas.

Karama also targets specific groups to inform their decision-making, policymaking, and program development, including programs for voter education, which aim to develop voter understanding of different items on the ballot, what candidates represent, and how these platforms will effect them. 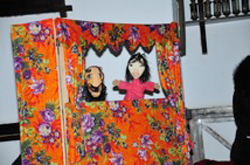 Across the region, creating new laws and related advocacy is only one part of the issue. In order to effect long-term solutions and implement lasting reforms, it is essential to build awareness of the causes and consequences of VAW in all its forms. Karama partners have implemented a variety of programs and campaigns, ranging from the use of traditional puppets to build awareness of violence sterotypes to the use of brochures and posters to simplify the articles of the new domestic violence law in Jordan enacted in 2008 so it can be more easily activated by the women it is meant to protect. 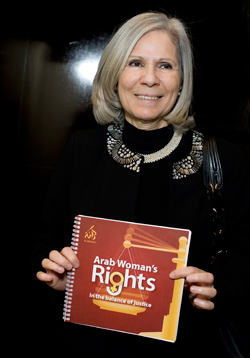 In order to effectively make the case for women’s rights and advocate for policies and programs that promote their advancement, there must be reliable, up-to-date evidence gathered from those who have been directly impacted by discriminatory laws and policies. To this end, Karama partners design and execute research studies to make the case for broader rights for women. Past studies included a survey conducted by Karama’s Syrian partners in 2008, which showed public support for reforms in favor of women’s rights; a study on the economic cost of violence conducted by our Egyptian partners which measured the monetary cost of VAW to Egyptian society at large; and a nationality study detailing the widespread impact of discriminatory nationality laws on Jordanian women and their husbands and children. Most recently, Karama worked with partners to complete “Arab Women’s Rights in the Balance of Justice,” which dissects thirty years of implementing the Convention on the Elimination of All Forms of Violence against Women (CEDAW) in the Arab region.