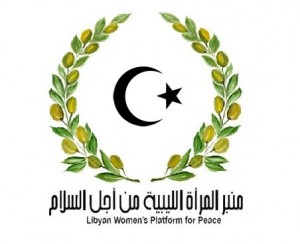 In response to urgent reports of rape being used as a weapon of war and in anticipation of the fall of the Gaddafi regime, Karama began working with leading Libyan women activists in early 2011. In October of the same year, Karama convened in Cairo a group of twenty-five women from different parts of Libya and the Libyan diaspora to chart priorities for the women’s movement in the transition to a post-Gaddafi government. The participants at this consultation decided that an overarching women’s organization was needed to combine their efforts and present a unified voice for women’s rights to the National Transitional Council (NTC) and the international community.

What emerged was a movement called the Libyan Women’s Platform for Peace (LWPP), a national-level network that Karama is supporting until it is able to function as a fully independent and sustainable civil society organization.

Since its launch, the Libyan Women’s Platform for Peace has convened workshops, trainings, and consultations in Benghazi, Tripoli, and Derna, the first series of which were held in December 2011 and the most recent concluding in December 2012. The gatherings identified essential priorities, fostered debate and discussion to achieve consensus on short and long-term plans of action, and fueled related advocacy campaigns, including lobbying efforts targeted at the NTC, which led to the adoption of an alternate electoral quota for women’s inclusion in the new assembly. As a result of the “zipper list” system, Libyan women gained nearly seventeen percent representation in the new Libyan assembly. 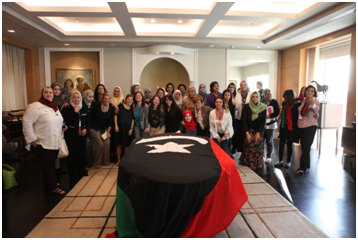 The Libyan Women’s Platform for Peace continues to work toward increasing women’s political participation, ensuring women’s rights and protections in the new Libyan constitution, and advocating for investment across all sectors that guarantees women are included, represented, and secure in the post-Gaddafi Libya. One founding member of the LWPP, and participant in these programs, Najat Kikhia, credits the programme’s support in her decision to run successfully as the only female city council member for Benghazi–and the highest vote-getter.

For more information about the Libyan Women’s Platform for Peace, please visit www.lwpp.org and the LWPP Facebook Page