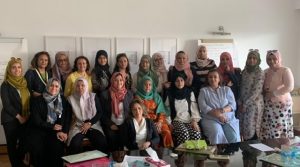 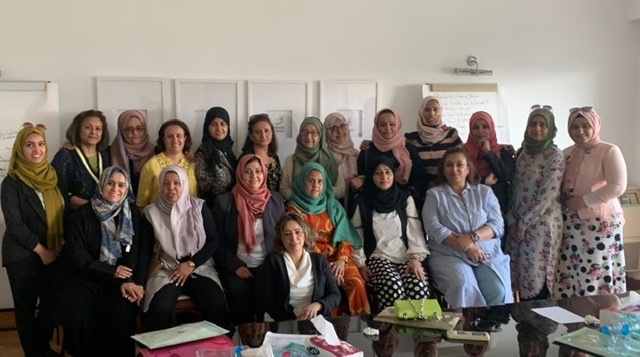 Yemeni women activists met in Cairo today to discuss how they could coordinate their activism to better work towards bringing peace to their homeland.
The meeting was led by the Sisters Arab Forum for Human Rights, in cooperation with Karama and Operations 1325, .
At the opening, the Chairperson of the Sisters Forum, Amal Al-Basha, explained that October was chosen to coincide with the celebration of the October 14 Revolution, as well as the month in which the United Nations adopted Security Council Resolution 1325 on women, peace and security. That resolution has become reference point for all feminist movements in the field of peace, used to call for the inclusion of women in peacebuilding processes.
Al-Basha pointed to the existence of multiple feminist formations, but they work separately from each other. The aim is to gather and coordinate efforts to stop the war in Yemen and condemn violence in all its forms.
Participants talked about the challenges facing women in particular and civilians in general in the areas of health, economic and security, as well as the issues confronting activists in the field of peace, in addition to the situation of Yemenis in the diaspora.
The participants called for the establishment of a forum for Yemeni women residing in Egypt, and to identify an upcoming meeting to determine its objectives and work mechanism to serve the Yemeni residents and coordinate efforts to alleviate their suffering.