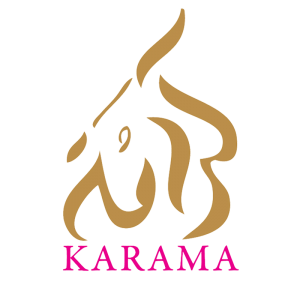 Important point made by @auyouthenvoy_ on online and distance working and learning in response to #COVID19 – many in Africa are not online. Access to the interst is also a gender issue pic.twitter.com/oTt5jWG81q

A gender sensitive response to COVID19 crisis requires an intersectional response. This was the message of the Karama women’s network as part of the UN Women and OECD Women Leaders Virtual Roundtable on COVID-19 & the Future.

Building on the gender policy briefs developed by both the OECD and UN, Karama submitted key points an recommendations under three headings:

The submission was developed in consultation with activists across Africa and the Middle East, reflecting their priorities and realities on the ground.

On behalf of the Karama network, Hibaaq Osman made the following statement.

From the conversations we have had with our partners in Africa and the Middle East, the emblematic point we would like to emphasize is that if an economic plan does not include tea sellers, it is going to fail women.

Social distancing and emergency response have destroyed so many parts of the economy on which women are reliant. We need to think how an economic response is going to support them.

There is plenty of evidence that cash transfers are effective in both humanitarian and development contexts. We need to look at this as a means of supporting those in the informal economy, where women are disproportionately represented.

At the same time, we need to look at the barriers to immediate support and recovery, particularly the current sanctions regime. I want to highlight Sudan here in particular. US sanctions on Sudan have not been lifted despite the ongoing transition. These are not only preventing financial and humanitarian support at the macro level, but at the micro level they also mean that those in the diaspora are not able to transfer money home to their families – which is such an important and direct means of support.

There has long been an urgent need to rethink sanctions policy – whether the existing system is proportionate or even effective in terms of its aims. At a time of truly global crisis, where large-scale outbreaks in one country are a threat to health internationally – sanctions are a serious threat to global security.

Thinking more about recovery, we do need to be considering education – an area where young women and girls already face grave disadvantages. We are hearing about how these inequalities are playing out and being exacerbated during the crisis.

Even in situations where distance and at-home learning are available, we are seeing inequalities.

This has implications much broader than education and economic participation.

The same factors that have contributed to education gender gaps are being seen online. Where previously boys would receive favoured access to education, they are now receiving favoured access to internet-based learning, at the expense of girls. That is going to have long-term impact – at personal and national level for the economic independence of women.

The pandemic has completely interrupted life and politics everywhere but for those countries already in conflict and under occupation – countries like Libya, Syria, Yemen, Palestine.

The war economy is the most resilient form of economy.

There are representatives from governments on this call who are exporting arms to these conflicts. This militarization is fueling violence against women.

What countries in conflict are seeing is the deepening of existing inequalities.

Our colleagues in Palestine have always talked about being at the intersection of two particular forms of oppression – a deeply patriarchal society, and occupation. To this they now add Coronavirus. Palestinian women’s movements have always had to deal with this intersectionality in their work, and there is much we can learn from them.

During a global emergency, women, peace and security of course has much broader relevance, and I want to deal in particular with one pillar of the 1325 agenda – participation.

Across the world, we are seeing emergency committees being established at national and community levels. They are making vital decisions that have vast impact on the short, medium and long term.

But all too frequently women are marginalized or entirely absent from these committees.

It has been heartening to hear from colleagues in Africa and the Arab region who have had success in lobbying for women’s representation on these committees – but they should not have to do that after they have already been set up.

The particular impact of the crisis on women, and minority and underrepresented groups, should not be an afterthought.

Our discussion today is so important, but our recommendations and statement will go nowhere unless there are people committed to putting them on the emergency response agenda – and that means serious and committed advocates being in positions to influence and make decisions.

Briefly on this issue, we endorse what has been outlined in the policy briefing documents, and make the following points. It is essential that we have a clear understanding on the situation, so we need governments to be collecting rigorous data on violence against women during the crisis.

We also must consider the full spectrum of this issue – including coercive violence.

We must also look beyond the home – I am thinking here of how curfews have made women less safe on the streets. As more of our daily lives has moved online, so too has online abuse and harassment. Any response to the crisis has to take these issues on.