This op-ed was originally published on Politics Home.

Ahead of this week’s summit to end sexual violence in conflict, the Lib Dem peer appeals for a coordinated and integrated approach to tackling the appalling crimes. 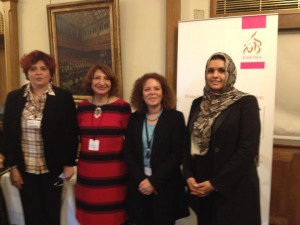 This week, Foreign Secretary William Hague and Angelina Jolie, Special Envoy for the UN, will co-chair a three day Global Summit to End Sexual Violence in Conflict. World leaders and experts will gather in London with the aim of creating the political momentum to finally end the use of rape as a weapon of war.

Sexual violence is one of the most appalling crimes committed during conflict; it destroys lives and ravages of communities. It represents a scorched earth-policy that blights reconciliation processes and entrenches conflict in the minds of its victims. To end these atrocities, we need strong political leadership and international coalitions prepared to say – as previous leaders have done with chemical and biological weapons – “this ends now.”

In tackling the issue we must not forget the context in which such violence occurs. The poverty and insecurity of conflict and the displacement of peoples affected by war all create the conditions in which people become vulnerable to sexual and gender-based violence. Sexual violence cannot therefore be confronted in a vacuum, but there must be a co-ordinated response to conflict, presenting an integrated approach that includes access to humanitarian assistance and ultimately economic stability and the processes of justice.

It is vital to remember that interventions must be designed in close cooperation with the people involved. It is only through engagement of local communities that we can possibly begin to tackle this complex issue: empowerment of the powerless and ending sexual violence in conflict are two parts of the same goal. That is why I support the work of Karama, a grassroots female rights NGO operating from the Middle East and North Africa. On Monday 9th June, I, along with other committed parliamentarians, will be standing with them and speaking on the issue of sexual violence during and after the Arab revolution. Together we will say, “It is #TimetoAct.”