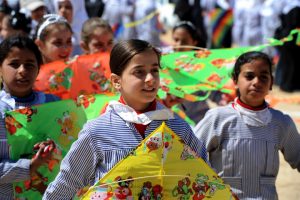 It is a catastrophe that the health, education and social support of Palestinian refugees are being treated as a political game.

If the shortfall in UNRWA’s budget caused by the decision by the United States to cut their funding is not met, the result will be that schools will close, the sick will go untreated, mouths will go unfed, and essential needs of vulnerable people will not be met. An outcome that affects children in particular so harshly should be unconscionable, but evidently to some it is not.

Reports that Gulf states will make up for the US cuts are welcome, but these must not be subject to further unilateral interference. UNRWA takes its mandate not from one country, but from the UN General Assembly. That mandate was renewed as recently as December 2016, by a margin of 167 to 6. To sweep away such international agreement without any alternative presented is nothing less than an act of vandalism.

The acrimony that surrounds the work of UNRWA reflects the world’s failure in its duty to the Palestinian people. That failure cannot be masked by clumsy and destructive reorganization. The de-funding of UNRWA is not serious attempt to move the peace process forward, it is yet another betrayal of the Palestinians. A lasting resolution will require concerted effort, carried out in good faith. We see nothing approaching that at the moment.

A lack of serious action to resolve this situation is sadly nothing new. It should not be too much to ask, however, that the health, wellbeing and education of children be considered above political game playing.