Syria: Urgent Appeal from Civil Society to the European Union to Act 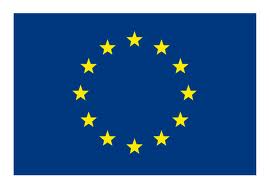 Over the past 12 days, peaceful protests in Syria have been faced with violence. The blood of too many people was spilled and others were arrested and beaten by security forces. As long as this violence goes on, the Syrian government’s legitimacy will diminish by the day both in the eyes of the Syrian people as in the eyes of the international community.

The commitments to reform made by the Syrian government are welcome and necessary. Until now, although some call for regime change, a majority of Syrians apparently wants to give president Bashar al-Assad a chance to reform. Hence it prefers a calm but meaningful transition from within over a sudden and radical revolution with the risk of violent escalation. However, the opportunity to reform will soon evaporate when the Syrian government continues to shed the blood of peaceful protesters. The president will lose his legitimacy and his chance to initiate reforms. Therefore it is essential, that the Syrian government stands by it’s commitment to reform and carries out the actual reforms within a short and clear time frame.

In light of that urgency, international civil society organizations call on the EU and its Member States to step up their diplomatic efforts to ensure the violence will end and a meaningful and timely reform process takes place. The government’s announcements to reform are an important start, but they lack a timetable and come short of some of the legitimate demands of the protestors.

Therefore the following measures, already called for by a group of important Syrian activists, thinkers and religious leaders, (see annex) are necessary:

– The immediate lifting of the State of Emergency;

– The immediate release of all political prisoners;

– Ensuring freedom of expression and of association in law and practice;

– Making room for political pluralism and an inclusive political system, through constitutional reform;

– Stepping up measures to fight corruption;

– Gender inequality has to be addressed right from the beginning of the reform process and should not be postponed.

Moreover, it is necessary that no more human rights violations occur during protests and that those that took place are investigated:

– No violence should be used against peaceful protesters;

– Establishment of an independent commission of inquiry into the violence against protesters in the towns of Deraa and Sanamayn. This commission should include civil society lawyers. Those found responsible for killing protesters should be brought to a fair and transparent trial;

– No arrests without charges or trial, no disappearances. Dozens of demonstrators and activists have been arrested over the past days and some have disappeared;

– Ensure access to means of communication, such as internet and mobile phone;

The decisions taken in Syria to reform are an important step that the European Union and its Member States should indeed support. In our view, the EU as a whole has reacted rather slow and declaratory during the popular uprisings in the Arab world. Therefore we call upon the EU and its Member States to act proactively in the case of Syria. The Syrian protest movement’s legitimate demands need to be met within a clear and prompt timetable and all human rights violations must be stopped. This means the EU should not wait for other actors, such as the Arab League, but immediately deploy its diplomatic weight as well as its assistance. Moreover, the EU and its Member States should step up diplomatic efforts with all parties involved in the political process in Syria preventing that the protests and insecure situation devolve into violent conflict. Today, the window of opportunity to reform is still open, but tomorrow it may be too late.

Asuda for Combating Violence Against Women

The petition is still open for organizations working in Syria and other countries in the Arab World. If your organization wants to support the petition, please contact the contact persons mentioned above.

Declaration to the Syrian people

The regime has recently stepped up its repressive practices against the Syrian people and its peaceful uprising of the youth, thirsty for freedom, justice and democracy.

And while the Syrian people were waiting for the release of all Syrian detainees, for which the families were holding a civilized, peaceful and legal appeal in front of the Ministry of Interior, last Wednesday 16-03-2011, demanding the release of their sons, brothers and husbands, the security forces from various branches acted barbarically. They molested women, youth, children and the middle aged, and they arrested more than 32 of them, who were directly charged with weakening the morale of the nation.

On Friday 18/3 after the Friday prayer the protesting youth was suppressed in the Great Umayyad Mosque in Damascus, violating the sanctity and sacredness of the mosque, and arrested ten of them, knowing that the French colonial authorities did not dare to violate the mosques!

On the same day the security forces carried out a terrible massacre against the inhabitants and youth of the city of Dara’a, spoiling the blood of its citizens and killing four of its peaceful youth, calling for peaceful demands and civilized reforms, and hundreds were wounded, and a number of them were abducted.

Protests have continued in the following days, in which the regime killed another youth, as a child died as a result of inhaling toxic gases, and the Omari Mosque is still filled with hundreds of wounded. And the regime has abducted dozens of children from the brave city of Dara’a and put them in prison. The fate of many of them is still unknown.

And while we ask for mercy for the pious martyrs, and comfort their families, we consider them martyrs with Allah, when they raised their voices high with the word of truth towards an unjust ruler.

What the security forces were doing, and still are doing, when they’re pursuing and arresting the youth in different Syrian cities, is contrary to the most basic principles of human rights and is incompatible with the fundamental principles of international treaties and the Universal Declaration of Human Rights, which is signed by the Syrian government.

We consider the demands of the peaceful youth to be their right under the umbrella of the constitution and general law, so we warn the regime from persisting in the use of violence against peaceful citizens and the defenceless people, and ask the state to form an independent judicial commission consisting of some jurists of civil society and human rights groups, to unveil those who spoiled the blood of the citizens of the city of Dara’a, and to give them a just judicial procedure, so that they’ll get the punishment that they deserve.

We emphasize the necessity for the regime to quicken the immediate necessary reforms, of which the first is the lifting of the state of emergency, the release of all the political prisoners, provision of public freedoms, leading to political pluralism, the fight against economic corruption, and of living, before it’s too late, and before the youth will escalate to the top of their legitimate demands, and none of the reformers can stand in front of their legitimate aspirations.

We only want the reform that we can have. Have we conveyed the message? God, be my witness.